When you realize you are going to fail no matter what, you will succeed. 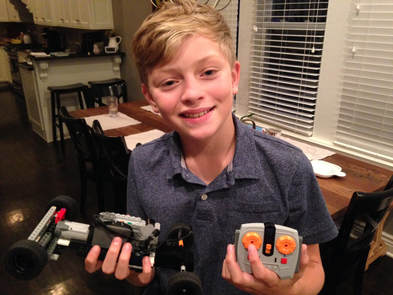 When you realize you are going to fail no matter what, you will succeed. I tell students this everyday. I am fighting an uphill battle. Most of my students have been in school for over 10 years.

Students have been told over and over again if you don’t get an A or a perfect then you fail and they are no good.They are scared that if their grades aren’t perfect then they will never get into a great College in their life will be a big failure.

I get one semester to work with my students in business classes to try to decode them from that crazy thinking that has nothing to do with the real world. I often ask why our education system is built this way?

It does nothing for a student to get everything perfect all the time. All they do is learn nothing, repeat things that the teacher teaches them and get good marks on test that usually don’t matter.​

I’ve done a lot of research on people who are successful in life and most of them were not great high school students at all. They didn’t fail or get an F but they did get C’s and D’s. I think they’ve succeeded because they understand that it doesn’t really matter if you fail at something or are not perfect at something. They understand that you can succeed when you learn from your failures. I see students like these in high school every day that challenge the norm. I see teachers everyday get mad at those students. I admire those students. Those students are the ones that challenge everything and grow from it. These are the students that I want in the real world. They have the skills to test, design, think for themselves, try new things and not worry about what others think about them. If something doesn’t work they quickly pivot and try something new. If something does work they just repeat it.

As a father I’m trying to teach my 12 year old son how to fail forward. He is really interested in cars and knows a lot about pretty much any vehicle out there. He wants to be an automobile designer so he pulls out his Legos and builds constantly. Today he put together a remote control Lego car from scratch by looking at another Lego kit that he had built a few years ago. His first attempt at the car would not work because the steering mechanism would break every time he tried to steer.

He spent half a day refining, testing, refining, testing, refining and testing more. By the end of the day he had rebuilt the car about 5 times. His final car he built would not break when he’s steered it. I let him know that he actually failed forward. He didn’t really understand this until I explained what I saw him do the whole day. I asked him if he didn’t fail would he have gotten to the car that he built last that worked? His eyes got big and he understood that failure is a part of learning. If he thought it was perfect at first he would have never figured out anything. It would have still been broken.

He realized that he was going to fail no matter what on this project when he started it. He ended up succeeding at making a car that worked. My son is even more excited now to continue to improve on his Lego car. We need to disrupt education in order to teach kids to fail forward.

Let’s take the fear out of failure and celebrate failure like we do when kids get straight A’s.

15 Things I've Learned From My Students

Learning about others is a benefit of the job.

“Why does everyone care when a famous person dies?”

I had trouble figuring out why until I was asked by a student.

His dream to be a baseball player didn't happen... something bigger did.

How Jake Fine used his value to create a company.
CONTACT PETER HOSTRAWSER